These groups perform the job they were designed for quite admirably, and I’m a big fan of the user experience and control – however, where I feel these Groups are lacking is in the admin controls. To date, there is no way to export that mailbox data if you need to archive or delete the group, which makes it a pretty big gap in management (in my opinion at least).

Self Service: A Two-Edged Sword

One of the big selling features of these groups is that users can create their own groups – either in Outlook 2016 or Outlook on the Web. Now, this feature is great for allowing users some of the control that IT typically owns, and allowing them to quickly get some collaboration going – the downside is that it’s harder for IT to control and manage, and your directory can quickly become messy with groups users are creating to just test things out, or play around with the features. Thankfully, Microsoft has recently added the capability for users to delete groups that they own (something that was missing when groups where introduced).

In order to keep a reign on the chaos of users creating and deleting groups, admins can implement a group naming policy in EAC, which will help to at least standardize the group naming structure, and highlight a few keywords that you want to keep off the naming roster.

To configure your naming policy, log into the Exchange online portal (https://outlook.office365.com/ecp), navigate to recipients – groups, and then click on the three dots to open up the context menu.

Your first option is a prefix, which can be either an Attribute or Text:

One idea would be to prefix these user-created groups with an identifier, like “O365-“, but you can obviously make this whatever you want.

And then again, you can add suffix(es) if you want – again, you can use whatever you want, but an idea would be to use the city attribute of the user creating the group:

This policy will apply to all user created groups, whether created in Outlook or OWA – groups created from the admin portal will bypass this setting.

The Problem with Synced Groups

Oddly enough however, groups created through PowerShell or DirSync will still end up with this naming policy applied. This can become a problem, because a distribution group created on premise might be named “My New Group”, while the synced group will be named “O365-My New Group-Vancouver” (or whatever your policy is).

Here’s how you get around that problem:

This script can be run on premise, and only requires the Group Name as a parameter. It then connects to Exchange Online and creates the group, ignoring the naming policy. From there, it connects to Exchange on premise, and creates the same group, using the same group name. Once AAD Sync runs, it matches the group together, and treats it as a single group going forward.

Once the groups have synced up, I’ve confirmed that you can add members to it from on premise as normal, and even delete it on premise (removing it from the cloud as well) if necessary. 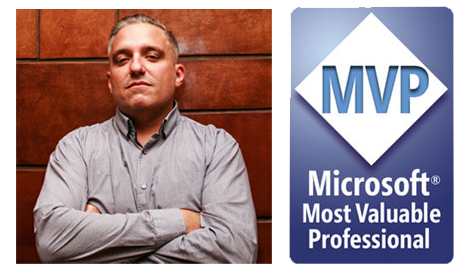